Schizophrenia is a severe form of mental illness, which has been estimated by the World Health Organization to affect approximately 24 million people worldwide (1). Although there are relatively few new cases of schizophrenia diagnosed each year, the prevalence is high. A review of studies reporting prevalence of schizophrenia, that included data from 46 countries, revealed median values, per 1,000 persons for the distribution of prevalence estimates, of 4.6, 3.3 and 4.0 for point (21 studies), period (34 studies) and lifetime (24 studies) prevalence of schizophrenia (2). Prevalence data in Romania has not been recorded since 1987, when the lifetime prevalence of schizophrenia in an urban environment was reported as 10.1 per 1,000 (3). Furthermore, the schizophrenia prevalence rate in 2011 was documented as 9.4 per 1,000 in Latvia (4).The disease burden tends to be much lower in most of Europe, the USA, Australia and Japan compared to countries in Eastern Asia, Oceania and the Middle East (5). In 2004, the age-standardised disability-adjusted life years (DALY), per 100,000 population, attributable to schizophrenia range from 322 in Indonesia to 164 in Australia, whilst Hungary, Latvia and Romania have estimates of 207, 204 and 237, respectively (6).

Patients diagnosed with schizophrenia present with a range of symptoms including long duration, bizarre delusions, negative symptoms, and non-affective psychosis  (7). Over 50% of patients fail to receive appropriate care, and therefore often have symptoms which persist for long periods of time (1). Long-term administration of antipsychotic medication has been shown to be the most effective strategy to improve the prognosis of schizophrenia (8). However, a systematic review of 39 studies reported a 41% mean rate of antipsychotic non-adherence in schizophrenia (9); this leads to exacerbations and relapses in patients that often require hospitalisation. A significant challenge for clinicians in the management of patients with schizophrenia is the occurrence of acute psychotic episodes  (10); however, there is limited information relating to the use of antipsychotics on the agitation component during these episodes in Central and Eastern Europe.

In Hungary, physicians follow the Ministry of Health’s guidelines (edited and compiled by the Hungarian Psychiatric Professional College) for the treatment of schizophrenia. Although treatment recommendations have been published by the Latvian Psychiatric Association (11), they are solely recommendations and therefore not imposed on psychiatrists. In both Latvia and Romania, the treatment approach to schizophrenia is very much in line with internationally recognised guidelines, including those of the American Psychiatric Association (APA) and National Institute for Health and Care Excellence (NICE). Guidelines published by the APA recommend that selection of an antipsychotic agent be guided by the patient’s past medication history, current symptoms, and comorbidities, other concurrent treatments, and preferences –(1213). The guidelines state that, for schizophrenic patients in the acute phase, second- generation antipsychotic monotherapy should be considered as the first-line option; this recommendation is based on the decreased risk of extrapyramidal side effects and tardive dyskinesia associated with second-generation compared with first-generation agents –(1213).
Despite the guidelines usually recommending a preference for atypical antipsychotic (AAP) monotherapy during acute psychotic episodes in schizophrenic patients, evidence shows that first-generation antipsychotics, polypharmacy, intramuscular route of administration, and AAP at lower than recommended doses are being frequently used to treat acute episodes (8). For example, in Hungary a study conducted at the Semmelweis University in Budapest and the Galfi Bela HC Institution in Pomaz, revealed that although AAP use increased from 1998 to
2002, typical antipsychotics were still used in clinical practice (14). A more recent study investigating the prescribing pattern of psychotropic drugs to 1,304 patients in eight psychiatric hospitals in Albania, Croatia, Macedonia, Serbia and Romania reported that only 6.8% of patients received AAP as monotherapy, whilst 26.5%,
42.1% and 22.1% received them in combination with two, three or four other antipsychotic medications, respectively (15). Overall, only 40% of patients were prescribed AAP, while 63% received typical antipsychotics (15). This suggests that in addition to guidelines, physicians use their discretion and experience when determining the most appropriate treatments for their patients. Also since typical antipsychotics are cheaper than AAP (16), cost and availability could be additional factors they consider. There is a need, therefore, for further research to examine the discrepancies between current clinical practice and g u i d e l i n e r e c o m m e n d a t i o n s . T h e a i m o f t h e RECONNECT-S GAMMA study was to describe the real- life usage of AAP in the acute inpatient management of schizophrenia, in order to gain an understanding of current treatment practices and identify any disparities that may exist between these and guideline recommendations in Central and Eastern Europe.

Role of funding source
This study was sponsored by AstraZeneca.
Contributors
Radu Teodorescu served as International Coordinating Investigator in Romania; Gabor Feller served as National Coordinating Investigator, Hungary; Elmars Rancans served as National Coordinating Investigator, Latvia; Dan Prelipceanu served as Principal Investigator in Romania.
Author disclosures
Gábor Feller has served as adviser or speaker for Eli Lilly, Janssen-Cilag, Egis, and AstraZeneca.
Dan Prelipceanu has no conflict of interests to declare. Elmar Rancans has served as advisor or speaker for AstraZeneca, Gedeon Richter, Janssen Pharmaceuticals, Lundbeck, Sanofi-Aventis and Servier.
Radu Teodorescu has served as advisor or speaker for AstraZeneca, Bristol-Myers Squibb and Eli Lilly.
Acknowledgements
This manuscript was prepared in line with guidelines established by the International Committee of Medical Journal Editors (ICMJE) and published in its Uniform Requirements of Manuscripts Submitted to Biomedical Journals. The authors would like to thank Toby Galbraith, PhD, and Charlotte Simpson, PhD, of IMC Healthcare Communication who provided medical writing support, supported by AstraZeneca. 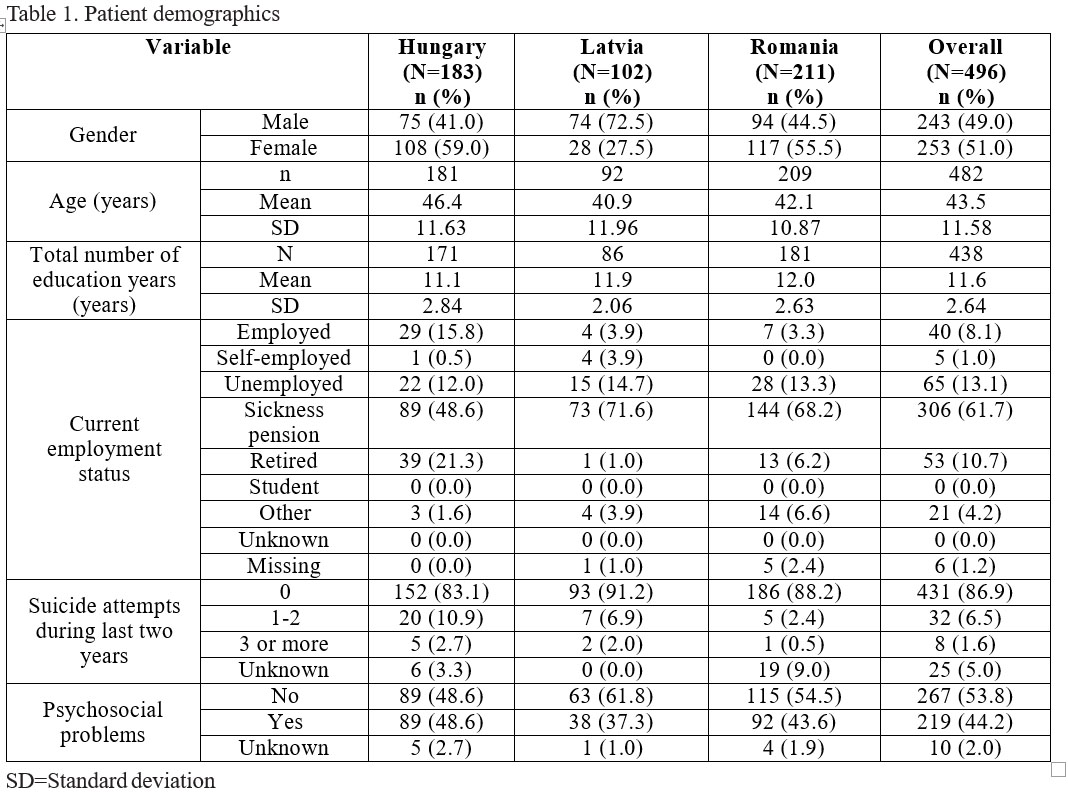 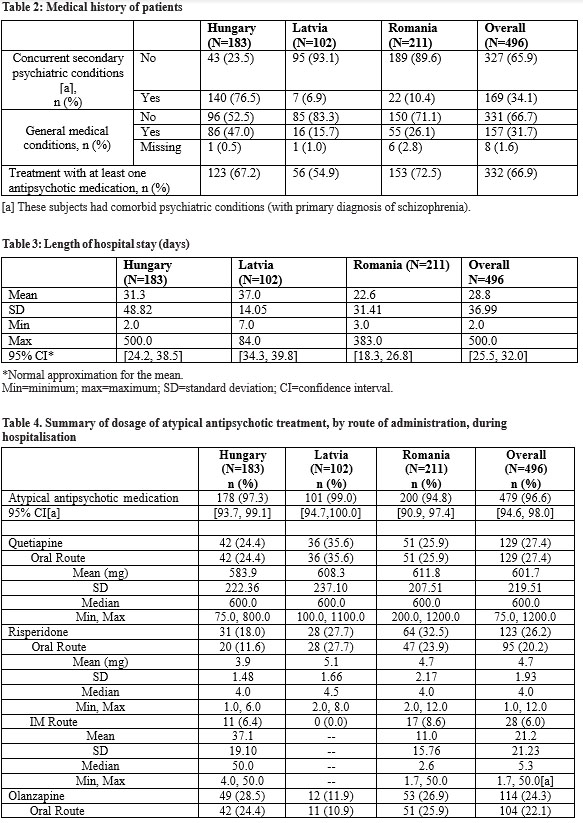 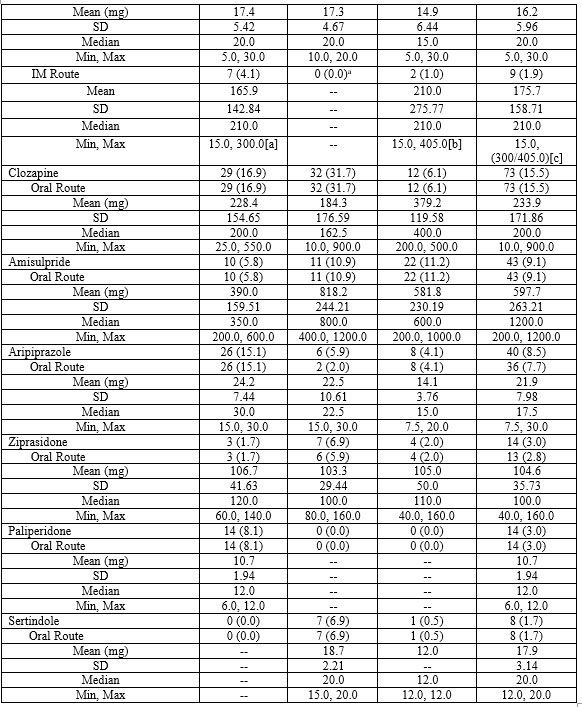 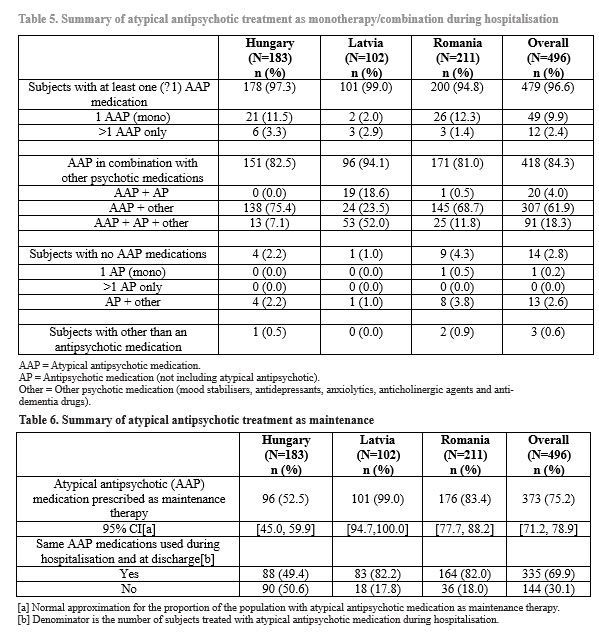 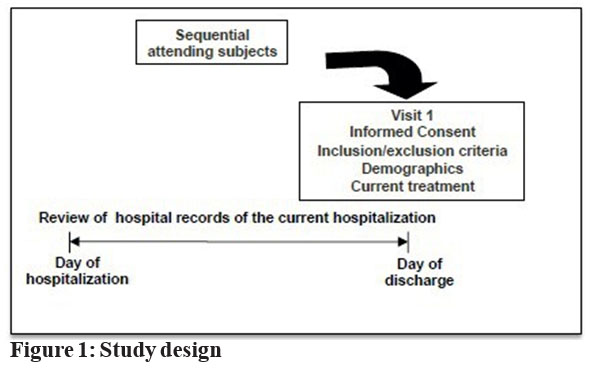 Any patients who met the enrolment criteria (≥ 18 years and met
the diagnostic criteria for schizophrenia stated in The Diagnostic
and Statistical Manual of Mental Disorders, 4th edition (DSM- IV-TR) and had signed a written informed consent form were included in the study.