RELATIONSHIP BETWEEN DEPRESSION AND NON-SUICIDAL MORTALITY

There has been in recent decades a growing concern for tracking the relationship between depression and non-suicide mortality justified largely on studies provided conflicting results.

This can be partly explained by variations existing in terms of data collection methods, duration of follow-up, different methods used for depression assessment , type of study (cohort or case-control) and adjusting depending on other factors potentially favoring (1,2, 3).

Since 1997 up to now have been identified 61 similar studies of which 49 (80%) were prospective cohort studies with follow-up while the rest were case-control studies. A total of 30 studies (49%) were conducted exclusively on the elderly population, 25 studies (41%) involved samples of patients, 22 (36%) were conducted on subjects selected from among the community (6).
Overall, we identified 44 (72%) of the positive studies, 35 (71%) were cohort studies and nine (75%) case studies, while 17 studies reported the absence of a relationship: 14 (29%) of the cohort studies and 3 (25%) of case-control studies (7).
Studies that have reported a positive relationship between depression and mortality had a mean follow-up of 4.5 years compared with 3.9 years for negative trials. Most of studies (61%) were diagnosed depression using a depression rating scale formal (eg GDS, CES – D, and Beck depression scale and depression inventory); However, the score values obtained for the diagnosis of depression varied between studies such as the use of a reference score of 16 at questionnaire CES- D in some studies than others who have used the value of 20 obtained from the same questionnaire.
Causality effect seems to be stronger among men than women, although this could be a consequence of the study design characteristics, such as greater power to detect effects among subjects due to higher probability of dying in her follow-up period specified. Because certain variables, such as race, are often viewed as control variables in the analysis, only a few studies report the effects of depression on mortality depending on race. It was reported a similar effect of causality for African Americans and Hispanic race that observed among the white race.
As evidence proving the association between depression and mortality are sufficiently strong current cercetatările focus increasingly on the mechanisms that could explain this causal relationship (8, 9).

AIM OF THE STUDY
The study evaluated the relationship between depression, associated comorbidities and mortaliatea non-suicidal elderly.
MATERIAL AND METHOD
The study included elderly patients with depression who were registered psychiatric cabinet in Campulung Muscel. The study was conducted between 01.01.2010- 31.12.2013 and patient selection was performed at the time of presentation to a psychiatrist for an episode of major depression.
Inclusion criteria for the study were: age> 65 years, diagnosis of major depression and medical comorbidities . The questionnaires used for the diagnosis of depression were DSM IV and ICD 10 and the intensity of depression was measured using scales MADSR, HAM- D and GCI. Patients were followed for a period of three years, in which they recorded the number of depressive episodes, mortality and the evolution of somatic diseases.
Statistical analysis of the data was performed using STATISTICA 8.0.
Student test was used to compare numerical variables between the two groups, ANOVA for comparison of numerical variables between multiple groups, chi-square test to compare qualitative variables, univariate and multiple regression analysis.
Statistical significance was determined for a p value <0.05.

RESULTS
Characteristics of depressed patients included in the study are shown in Table 1.
Among the associated comorbidities , the most common were cardiovascular diseases (87.14%), followed by metabolic diseases – diabetus mellitus, dyslipidemia – (48.09%) and neurological diseases (18.09%). Digestive and respiratory diseases were present in a relatively small number of patients (10.95% and 3.80%).
A total of 33 patients (15.71%) had other comorbidities i n c l u d i n g E N T p a t h o l o g y, g e n i t o u r i n a r y o r musculoskeletal.
Depression duration was positively correlated with the presence of cardiovascular disease (r = 0.18, p = 0.01) suggesting strong connection between the two pathologies already demonstrated by many studies conducted so far. Could not establish a significant interdependence between duration of depression and
other related pathologies. 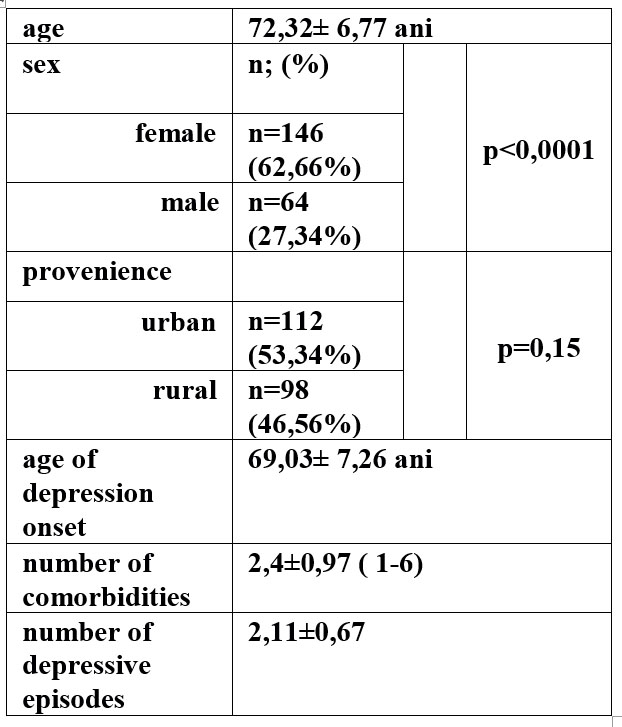 Table 1. Characteristics of patients included in the study 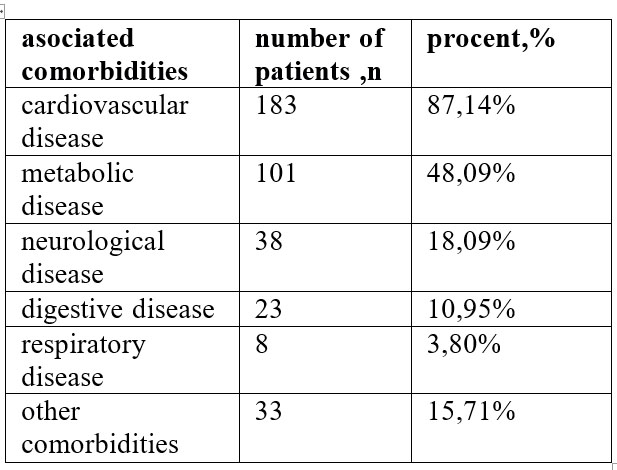 Table 2. Types of comorbidities in the study group

At the end of the tracking period there were a total of 58 deaths (27.61%).
There were no statistically significant differences between patients who died and survivors in terms of age (72.14 ± 7.04 70.18 ± 5.69 respectively, p = 0.06) and number of depressive episodes (2.15 ± 0 48 2.09 ± 0.77 respectively, p = 0.60).
It was established negative correlation between age of onset of depression and mortality (r = -0.165, p = 0.16). Patients who died had a significantly higher number of comorbidities (2.63 ± 1.11 versus 2.31 ± 0.90) and a longer duration of depressive illness compared with survivors (4.68 ± 2.47 and 3 75 ± 2.49, p <0.001).
Characteristics of survivors versus deceased patients are shown in table 3.
Correlation between mortality and the main parameters tracking study showed a significant association between mortality and duration of depression.
Multiple regression analysis showed that independent predictors of mortality in elderly non-suicidal depression duration and number of comorbidities are associated as shown in table 5 and chart 1. 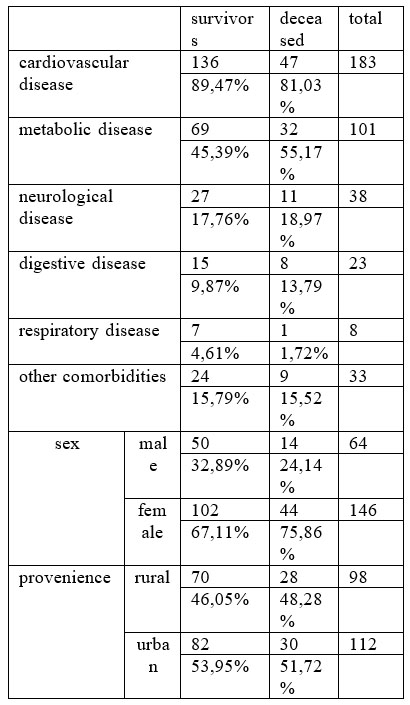 Table 3. Distribution of deceased patients and survivors by type of comorbidities 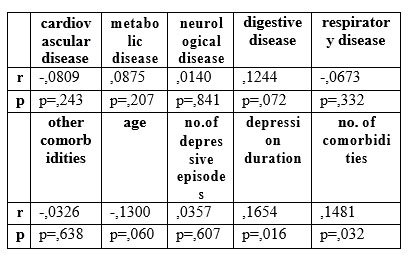 Table 4. Correlation of main variables with mortality in elderly patients with depression 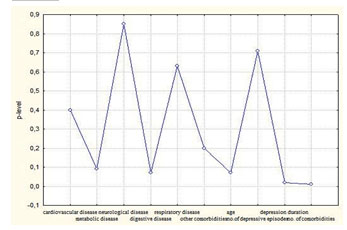 DISCUSSIONS
Studies in the literature that followed the relationship between depression and increased mortality have focused on two directions consisting either in identifying mediating mechanisms in population studies that have pursued the connection between depression and mortality, be focused on intervention approaches that focused Reduce the morbidity or mortality treating depression (10).
Demonstrating a link between depression and mortality requires ability to identify known causes of mortality such as age, gender, health behaviors, insurance status, social support, disease, disability and quantify the extent to which these types of variables explain or eliminate the association depression – mortality. This can get valuable clues on the mechanisms by which depression exerts its effect on mortality.
Depressed people who have chronic diseases have a low compliance to the recommendations of medical, manifest deficiencies in maintaining cognitive and physical functioning capacity, and tend to isolate groups. Because all of these factors were found to be independently associated with mortality, we could hypothesize that depression is linked to death by one of these mechanisms (11, 12).
Our study showed that independent factors predictive of mortality in elderly people with depression were associated with duration of depression and number of comorbidities. Type of comorbidity, age or sex of patients were poorly correlated with non-suicidal mortality in depressed elderly.
We distinguish four categories of risk factors such as depression and death: behavioral factors, biological factors, subclinical disease and prevalent diseases. They influence each other and can cause the depression or death both per se, as well as through derivatives risk factors.
Such behavioral factors can directly cause depression or death or cause these effects through biological factors or disease. For example, depression can lead to inactivity, increased consumption of alcohol, reduced food intake and sleep problems and a low adherent to prescribed therapy to treat medical problems.
Each of these factors may directly or indirectly through others’ factors leading to death. One of the findings of the more robust set forth in the literature is link between depression, cardiovascular disease and mortality, suggesting that there is a strong connection between pathophysiology of heart disease and depression. The finding is supported by our findings showing an increased incidence of cardiovascular disease in elderly people with depression . This occur relatively early after the onset of depression and negative influences of the disease. However, the presence of cardiovascular disease was not found to be an independent predictor for mortality in elderly non-suicidal depression (12).
Although the exact cause is currently less known various physiological mechanisms may underlie possibly the association of depression with cardiovascular morbidity and mortality. First, mental stress can trigger myocardial infarction (MI) in patients with coronary artery disease and myocardial infarction is a significant predictor of cardiac events fatal and non-fatal.
On the other hand, decreased vagal tone and augmentation of sympathetic and hypothalamic-pituitary axis may cause decreased heart rate variability and increased circulating catecholamines resulting in increased myocardial oxygen consumption and basal tone of coronary arteries but also reducing the threshold of atrial heart and increased platelet aggregation. Reported changes in the function of serotonin receptors in the platelets and increased levels of catecholamines and serotonin may accelerate platelet aggregation with subsequent occurrence of thrombosis. Depression can also influence the evolution of cardiovascular disease by associating with known cardiovascular risk factors, including tobacco abuse, sedentary lifestyle, non adherence to treatment, denial of care and poor diet.
The newest and most popular research indicates an intersection of depressive pathology with cardiovascular disease at level of proinflammatory factors such as IL-6. Future research is needed to determine whether treating depression can have a beneficial effect for reducing morbidity and mortality.