Background: Depression in elderly is generally undiagnosed and undertreated, many still considering its symptoms as part of normal aging process. Some studies suggest that depression is a risk factor for dementia. In the same time cognitive impairment, often considered as dementia prodrome, is an important symptom of depression in elderly. Objectives: In this research we tried to evaluate cognitive impairment and depression symptoms in elderly patients using three important rating scales: Mini-Mental State Evaluation (MMSE), Geriatric Depression Scale (GDS) and Hamilton Depression Rating Scale (HDRS). Apart from clinical features we assessed a number of risk factors for depression symptoms like gender and medical history. Material and methods: The research included 37 depressed patients admitted in the ward of Clinical Psychiatric Hospital ”Alexandru Obregia” Bucharest, during one year. The subjects were female and male patients and the age ranged from 66 to 90 years old. All patients were evaluated using 3 scales: MMSE, GDS and HDRS. These scales were applied at inclusion and after 6 weeks of treatment. Results: Most of the patients in this study were females (73%). The average educational level in this group was of 8 years of study. MMSE scores increased after 6 weeks of treatment implying improvement of cognitive impairment. The depressive clinical symptoms were evaluated using GDS and HDRS. Improvement of depressive symptoms of entire group presented was observed through increased scores after 6 weeks of treatment. Conclusions: Cognitive impairment is an important aspect of depressive symptoms that should be properly evaluated, using different scales, for a more precise diagnosis.

Depression in elderly is frequently undiagnosed, many considering these symptoms as part of the normal aging process. It is considered that up to 80% of elderly people that suffer from different depression symptoms will not receive proper treatment (1). This is probably due to the heterogeneous clinical presentation that sometimes can strongly differ from that at younger ages (2).
Today it is generally accepted that almost 15% of the elderly population suffers from a type of depression (2).
One study in Great Britain that applied the Geriatric Mental Scale on a large population of persons over 65 years showed that 2-4% of the questioned population suffered from major depressive disorder, whereas the prevalence of minor depressive disorder was 11% for women and 5% for men (3).
Depression in elderly subjects is part of a complex physical and mental constellation that could gather a large range of conditions. In some cases depressive symptoms can explain the poor adherence to treatment that in the end leads to higher morbidity and mortality risks (4). For example combined with cardiac disease it can precipitate a cardiac episode and influencing the recovery (5).
An important aspect of depression in elderly that sometimes is overlooked is the suicidal risk. Some studies have shown that the suicidal rate in depressed patients with age 80 to 84 years old is twice that of the general population (6, 7).
Due to the important implications of patient’s evolution many studies have tried to identify a number of risk factors that can prone elderly to develop depression. It has been shown that female gender and lack of social and familial support can precipitate depressive episodes (8). Also different stressful events in life, including history of medical disorders and smoking can play a major role in onset of depression in elderly (9, 10).
The heterogeneity of depression in elderly can be observed also in the clinical features. Most frequently patients present generalized anxiety and irritability (3). Apart from these a lot of somatic complaints are be present.
An important and specific characteristic of depression at elderly patients is the cognitive and functional impairment (9). The cognitive impairment is an important problem in elderly depressed patients, mainly because cognitive deficits can be observed in many neurologic and psychiatric disorders. Even if the deficit is important, significant cortical dysfunction like aphrasia or apraxia are rare, while clinical dementia seldom appears (11, 12). Studies show a correlation between depression and brain lesions. It is difficult to distinguish mild lesions that sometimes are considered as part of the natural aging process and those that are significant (13). O’Brien et al (14) observed, after studying a group of elderly subjects using magnetic resonance imaging (MRI) that white mater lesions are significantly more common at depressed patients than in the control group. These white matter brain lesions can be a reason for poor response to initial treatment (15, 16). Unfortunately these conclusions are difficult to generalize because only severe lesions have been correlated with depression, while mild to moderate lesions are difficult to distinguish from what is considered normal aging process.
Simpson et al (17) emphasized that there should be a specific combination of white matter lesions in order to consider MRI relevant in diagnosing and predicting the outcome of depressed elderly patients. These lesions should be found in basal ganglia, pons and frontal lobe (17). This conclusion is supported by many other studies (18, 19).
Treating depression at old age can be challenging even for the experienced clinicians. Despite this setback it has been shown that antidepressant treatment has a better influence on the outcome compared with no treatment (20). Newer antidepressant therapies are a good choice for elderly patients mainly because they have better tolerability, safety and are easy to dose (21). The duration of treatment might be longer than in younger patients, at least 2 years after the episode remission or it may become a permanent therapy.

OBJECTIVES
This study tries to evaluate in what degree cognitive impairment at admission is a temporary state part of depressive symptoms or if depression is just one phase, and cognitive impairment in fact announces a future dementia. In order to evaluate the clinical status we assessed a number of risk factors that can influence the onset of depression in elderly: gender, level of education and medical history.
We evaluated patients from two different perspectives: first from the cognitive impairement point of view using Mini-Mental State Evaluation (MMSE) and second from the depression point of view using two different scales: Geriatric Depression Scale (GDS) and Hamilton Depression Rating Scale (HDRS).

The prospective study included 37 patients admitted in a ward of Clinical Psychiatric Hospital ”Alexandru Obregia”, Bucharest over one year, for depressive symptomatology. The subjects were female and male patients and the age ranged from 66 to 90 years old.
All patients were evaluated using 3 scales: MMSE, GDS and HDRS. MMSE is a frequently used scale to evaluate cognitive impairment in dementia. GDS is generally used in geriatric facilities to evaluate depression in elderly. Because answers are ”yes” and ”no”, compared to the normal 5 response set, it is easier to use on elderly patients. The scale has two versions, the original one with 30 questions and a shorter version with 15 questions, the one we used. HDRS is a well known and vastly used scale to evaluate depression symptoms and treatment efficacy.

The study included 37 patients from which 27 were female (73%) and 10 were men (27%). This distribution is considered to be normal because female gender is a risk factor for depression in elderly.
According to age patients were divided in 5 groups. Most of the patients were in the 71-75 years group (29, 73%), followed by the 66-70 years group (24, 32%), the last being the 86-90 years group (10, 81%) (). It has been shown that depression is more frequent in patients over 70 years old (22) compared to those less than 70 years old. The decrease of number of depressed patients over 75 can be considered normal because the mortality rate increases due to complex somatic features that these patients have. 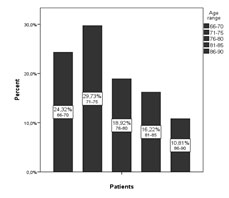 Figure 2. MMSE before and after 6 weeks of treatment

The difference observed before treatment tends to decrease after 6 weeks of treatment (2). MMSE scores become almost the same in the mild and moderate cognitive impairment subgroups. The largest difference between MMSE scores before and after 6 weeks of treatment is observed at patients with no medical history. We can conclude that cognitive impairment, especially in patients with no medical history, is more probably part of depression. This is likely the reason why after 6 weeks of adequate treatment MMSE scores increased.
Depressive symptoms have been evaluated using Geriatric Depression Scale (GDS). On this group of patients we used the shorter version with 15 questions. According to their scores patients were divided in two groups: 6-9 points and 9-14 points (Figure 3). Before treatment most of the patients were in the 6-9 points group.