VIOLENCE AND SUICIDE RISK INCIDENCE IN THE PENITENTIARY SYSTEM

The only phenomenon following a favourable evolution, in the sense of reducing it, is that of the aggressions directed against the staff. An explanation may be that the staff is better trained and the communication with the convicts does not leave place to interpretations, discussions etc.
The completed suicide registered an exponential increase. The suicide committed by imprisoned individuals causes troubles to his family and friends, preoccupies the public, while the state, by the penitentiary institution, is liable for the well-being of those convicted to serve a punishment.

Comparatively to other negative phenomena encountered among the penitentiary population, the suicide is not a quantitative reference. However the dramatic nature of the suicidal act, the consequences thereof are very high.
Based on the data supplied by the Medical
Directorate, it results that, during the period of January 1st 2009 – December 31st 2012, 51 suicide cases were registered, in 24 penitentiary units. If during the period 2005-2008, the suicide acts of convicts ranged between 6 and 13 cases, during the last 4 years, 2009-2012, we speak about minimum 9 and maximum 22, as mentioned in the Chart 1. 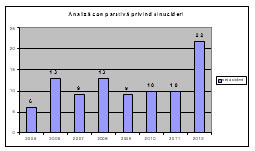 Chart 1: Comparative situation of convicts’ suicide, during the period 2005-2012
Comparative analysis of suicide 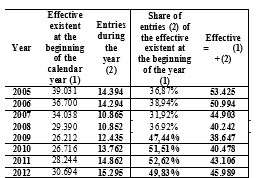 Table 2: Evolution of penitentiary population, during the period 2005-2012

The most accurate figure for reporting the statistic data is that of the effective ran. The calculation needs multiple and periodical data from subordinated units and becomes relevant on long terms, such as the calendar year.
The effective ran during a calendar year (passed through the penitentiary system) is calculated by totalizing the existent effective (number of convicts in the
penitentiary on 1st January) of the entries during the year (individuals imprisoned during the year to serve the convictions). The gross data was supplied periodically (monthly) by the department of Safety of Detention and Penitentiary Regime.
From the perspective of primary statistics it is obvious the progressive increase of the number of convicts entered every year since 2009 (with values between 47% and 52% of the volume existent at the beginning of the year). However, this is the year 2009 when the first modification of suicide conduct become obvious. If we add, to the quantitative aspect, that of increase of violence of crimes for which imprisonment is ruled, the ascendant evolution of dysfunctional human phenomena in penitentiary is perfectly justified.
In a classification of violence incidence, the hetero-aggressive actions are in the top, followed closely by self- aggressions, on a significant distance are located the suicide attempts, followed by the aggression over the staff, whereas the suicide, as supreme form of destruction is on the lower line of hierarchy. The number of seriously risky situations is lower, in comparison to the forms, we could call them of release of fury in the form of self-aggressions or actions directed towards the other convicts – hitting a convict rather than an employee or suppression of his own life has less serious consequences. This could represent an explanation for the increase share of self-aggressive acts. Longitudinally, the autolytic acts present a progressive increase: from a share of 50, in 2005-2006, it tripled during the period of 2007-2009, so that within the last 3 years, to increase 8-10 times opposite to the first period analysed. An explanation may as well be that the law of execution of punishments enforced the legislative act at the end of the year 2006 which provides many liberties on the ground of extremely high prior restrictions. About the massive numerical increase of autolytic acts from the period of
2010-2012, the background of the problem may be represented by the violence of crimes committed. 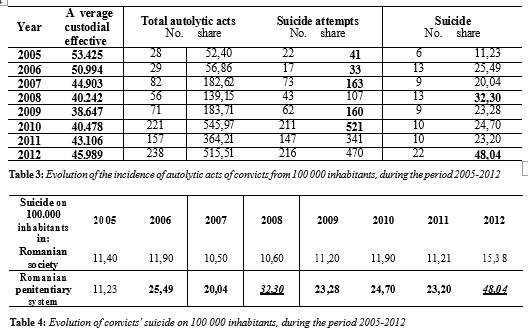 As of 2010, we notice the doubling and even tripling of the number of suicide attempts. It is possible that the penitentiary staff (guard officer, general medicine physician, medical nurse) evaluating the violent events for fear of risking the occurrence of a suicide, is tempted to extend the sphere of suicide attempts by the elements of simulation, para-simulation, self-aggressions. Mainly considering that since 2009, the specific program of psycho-social assistance and prevention of suicide risk is applicable
The analysis of attempts’ incidence in the comparison to the completed suicide indicates the following pattern: the increase of suicide is associated to the reduction of the number of attempts and reverse, with a single exception in the year 2012, when both phenomena registered a high level.
For reporting with the same measurement unit, respectively, the number of cases on 100.000 inhabitants, we present the suicide in Romania comparatively to that of Romanian penitentiary system. The data related to Romanian population is taken over from Eurostat 2011 statistics (10).
During the entire period analysed, 2005-2012, the data of the National Institute of Statistics refer to: 25.630.252 Romanians.
If on the level of population, the suicide rate is maintained within rather constant limits – with a reduction between 2007 and 2008 – the situation is different related to the penitentiary population, where fluctuations are much gradated and highly oscillating.
The suicide cases, in the last 4 years, took place within 24 penitentiaries:
-15 units (88%) of 17 establishments with closed regime and maximum safety
-3 units (75%) of 4 Penitentiaries for Underage and Youth,
– 2 units (33%) of 6 Penitentiaries – Hospital,
-4 units (25%) of 16 with open and semi-open regime.
G e n e r a l l y, w e r e f e r t o h i g h c a p a c i t y penitentiaries, which:
•provide custody predominantly in restrictive detention:
closed and maximum safety,
•keep in custody between 600 and 1.400 individuals – the convicts are serving long-term convictions (over 15 years) for life for violent crimes or their deviations, which, during the execution of their conviction are so serious, that they need to be passed from easy (open or semi-open) to a
more restrictive regime,
•have limited possibilities of including the convicts in waged labour, activities of social reintegration, volunteering in community (legislative, the restrictive regime is suspended for rendering labours/activities in community, as well as by the numerical conditions imposed for forming such groups).
We may conclude that in the penitentiary system, the numerical increase of individuals imprisoned for committing violent actions is directly proportional to violence incidence of conduct manifestations in penitentiaries and, implicitly, to that of suicide. 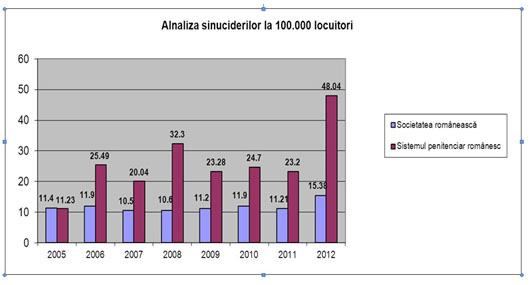